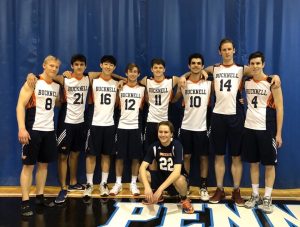 The Bucknell Men’s Volleyball team is in the midst of restructuring and developing a competitive squad. We are members of the  Mid-Atlantic Collegiate Volleyball Conference (MACVC) and have a rigorous upcoming schedule of opponents. Overall, we are members of the National Collegiate Volleyball Federation (NCVF) and have the possibility of competing for a national title in April. Through practices and matches, we try to establish a sense of camaraderie with each other, as well as develop and hone our volleyball skills.   Our practices are in Davis Gym usually 3 times per week, with tournaments and matches almost every weekend.  We currently reside in the Mid-Atlantic Conference (MAC) Northern Division.  Our main season is in the spring semester, with several off season tournaments and matches in the fall and early winter as well.

Want to learn more about Bucknell?